We’re starting a new series here at TheJazzLanguage.com: Intros & Endings. Up until now, the majority of the posts have been solo transcriptions that represent the language of jazz improvisation.

Another important characteristic of the jazz language is the way tunes are arranged. Listening for how artists begin and end their arrangements gives you a sense for how their musical vocabulary relates to the broader jazz idiom.

To begin the series, here is the ending Oscar Peterson’s Trio plays on Night Train from the album of the same name.

You may recognize this as the “Count Basie Ending” featured on classic Basie band tunes like Splanky and Broadway.

For Oscar Peterson’s version, the sound is created by the combination of Ray Brown’s bass in the low end and Peterson’s two-note voicings in the upper range of the piano.

This sound is a great contrast to the “typical” Basie ending that is played solely by the piano and represents the complementary relationship between the bass and piano in this trio.

To apply this in your own arrangements, pay attention to the relationships between the notes played and the key of the tune.

In this case, the tune night train is in the key of G major, and you’ll notice that the bass in playing G in three different octaves.

The essence of the piano part is the top line that starts on C (a fourth above G) and moves up by half steps to C#, then D. Combined with the bass part, this has the effect of providing tension-resolution to the home key of G.

The lower note of the piano part, an E, fills out the harmony. Combined with the upper note, it implies the chords C major, C# diminished, and G major 6, respectively. 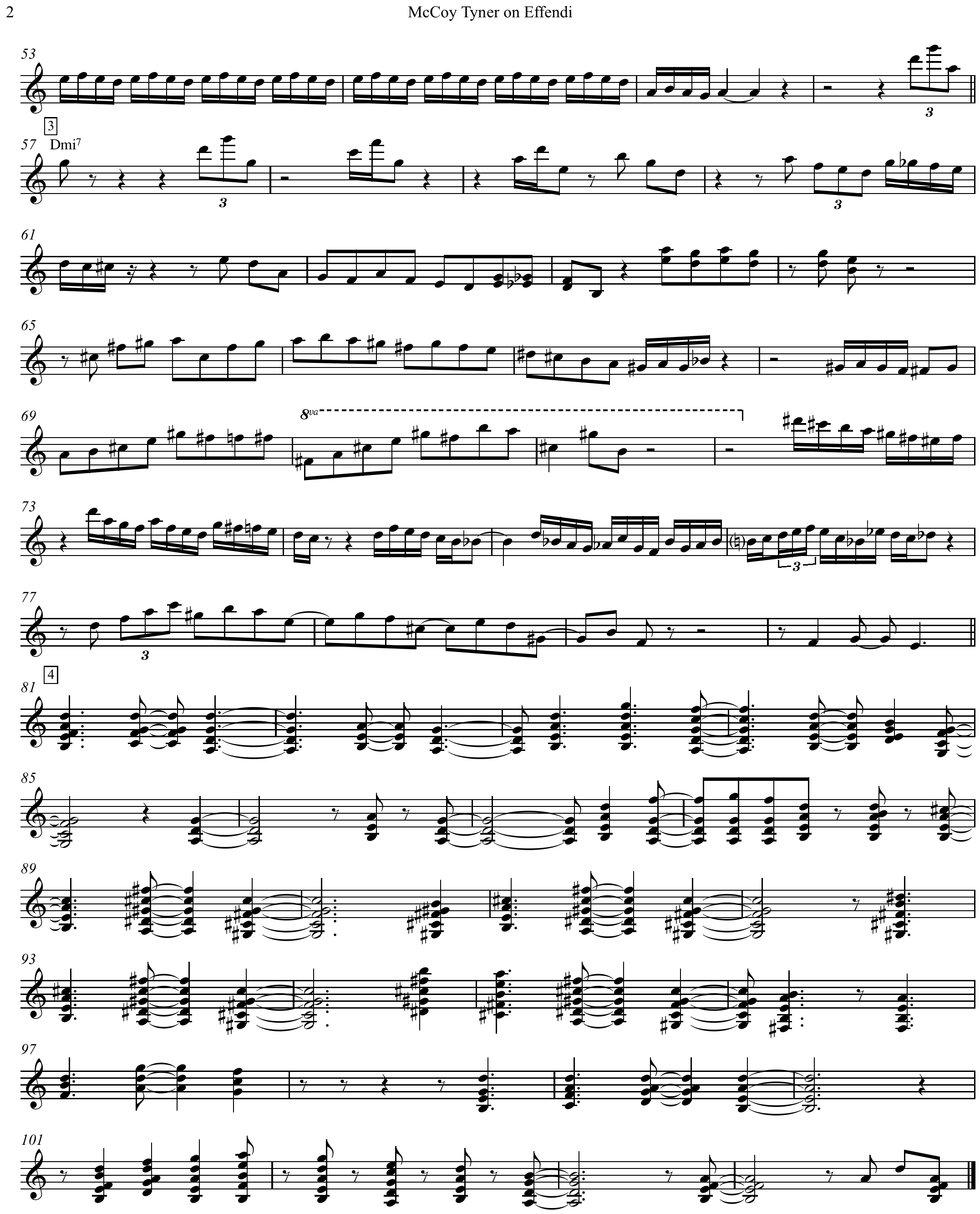