Joshua Redman and Christian McBride play this ending on the tune “On The Sunny Side Of The Street” from Redman’s self-titled 1993 debut album.

Bars 1 and 2 have clear elements of the common bebop language:

The final bit of vocabulary (beat 3 on bar 4) I first heard on the tune “Four” from Miles Davis’ Blue Haze (1954). I don’t know for sure whether that is the earliest recorded use of the phrase, but I’ve heard it used often. I particularly like the surprise harmonic substitution by the bass moving down a tritone from C to F#.

Sonny Rollins is known for his motivic development and this excerpt from his solo on “St. Thomas” is one of his most famous recorded examples.

Ted Gioia writes in The History of Jazz that:

“Rollins excelled in using these [simple musical motives] as thematic material—restating them, varying them, elaborating on them—a jazz equivalent of the development section in sonata form.”

Beginning with the short two-note motive, Rollins masterfully uses all three of these methods—restating, varying, and elaborating—to tell an engaging and original story. 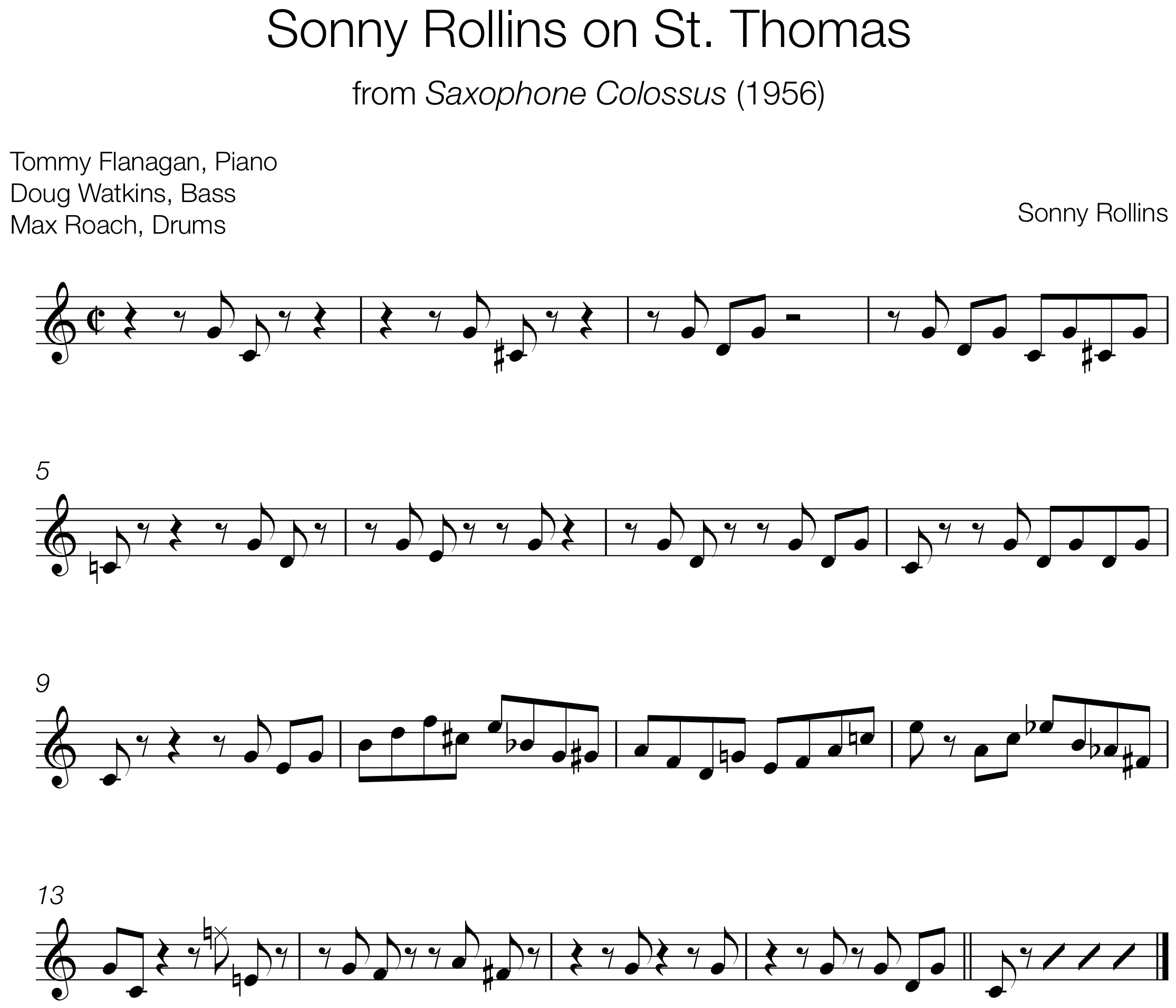 The first time I saw this solo analyzed, it was like a veil had been lifted and I could suddenly see more clearly.

This tune has a (deserved) reputation for being devilishly difficult, in part because of the rapid harmonic motion through seemingly unrelated chord changes. Harmonic analysis reveals that there are really just three basic key centers happening here, and the standard ii-V and V-I and progressions are used throughout.

But what is perhaps more interesting from a language perspective, is how simple the melodic/rhythmic material is. The vast majority of the excerpt here is made up of chord arpeggios or diatonic scalar patterns.

In language learning, an important concepts is “comprehension,” or the ability to understand the message that is being communicated. In musical terms, we want to be able to understand how the melody and harmony are related so that we can truly learn and apply this vocabulary in other contexts.

This excerpt, despite its supposed complexity, might be easier to comprehend than many other solos. Lets look at a few examples.

Just like learning a spoken language, try this simple approach for developing fluency with this material:

Check out this excerpt that begins at about 0:26 into the tune. 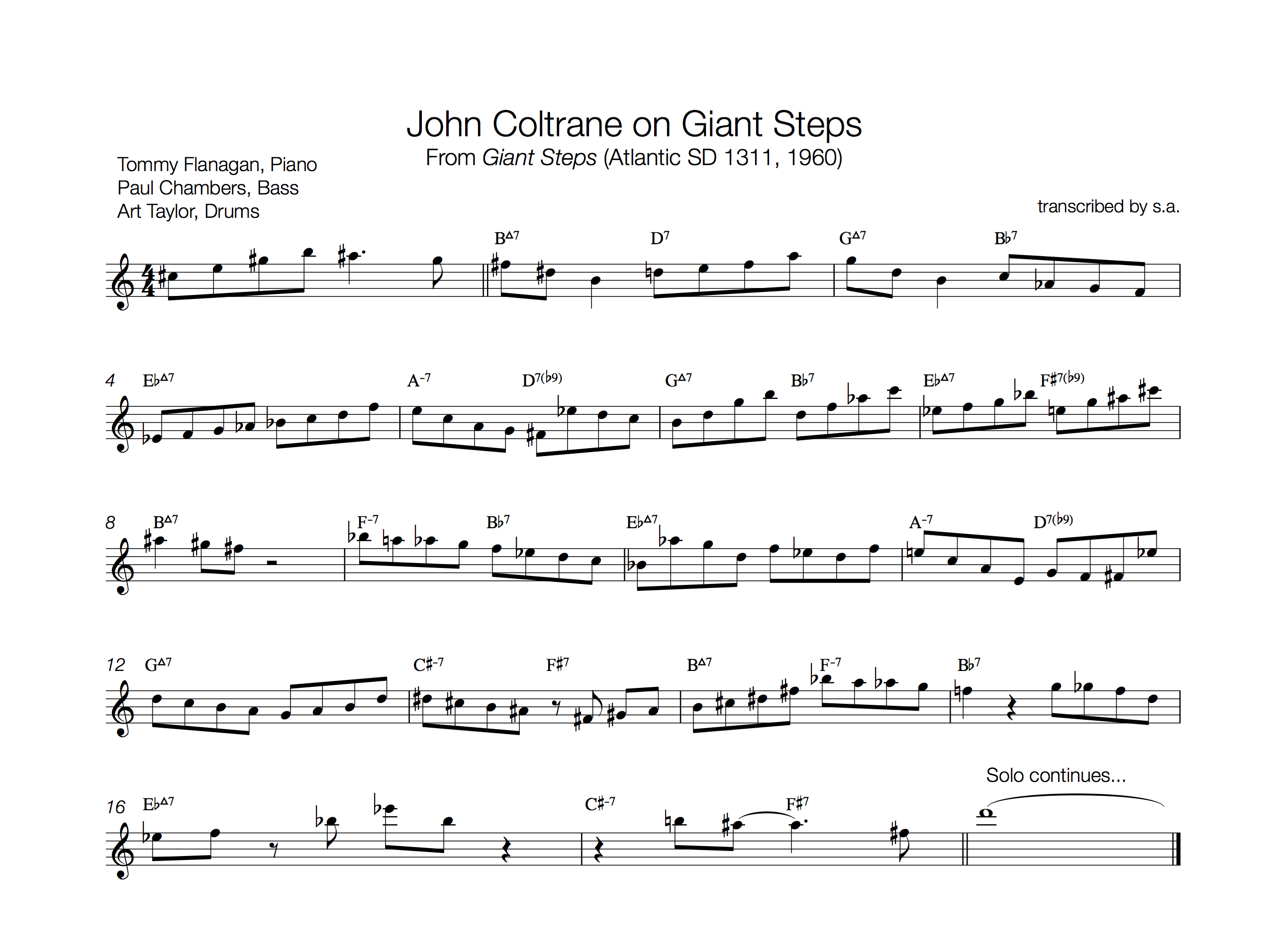 Here is a great bluesy lick that Cannonball plays during “Autum Leaves”  on the album Somethin’ Else.

The note choices are so simple and the syncopated rhythm makes it sound really hip.