Grant Green plays a concise and expressive solo over the blues form on the tune “Green’s Greenery” from the album Grantstand. This tune is included as the bonus track on the CD version of the album and was not included on the original 1961 release, although it was recorded during the same session.

Brother Jack McDuff (organ) and Al Harewood (drums) create a solid rhythmic foundation for Green to groove on, and the buoyant swing feels great throughout. McDuff and Yusef Lateef (tenor sax) both solo later in the track, and Green improvises two more choruses before returning to the closing melody. 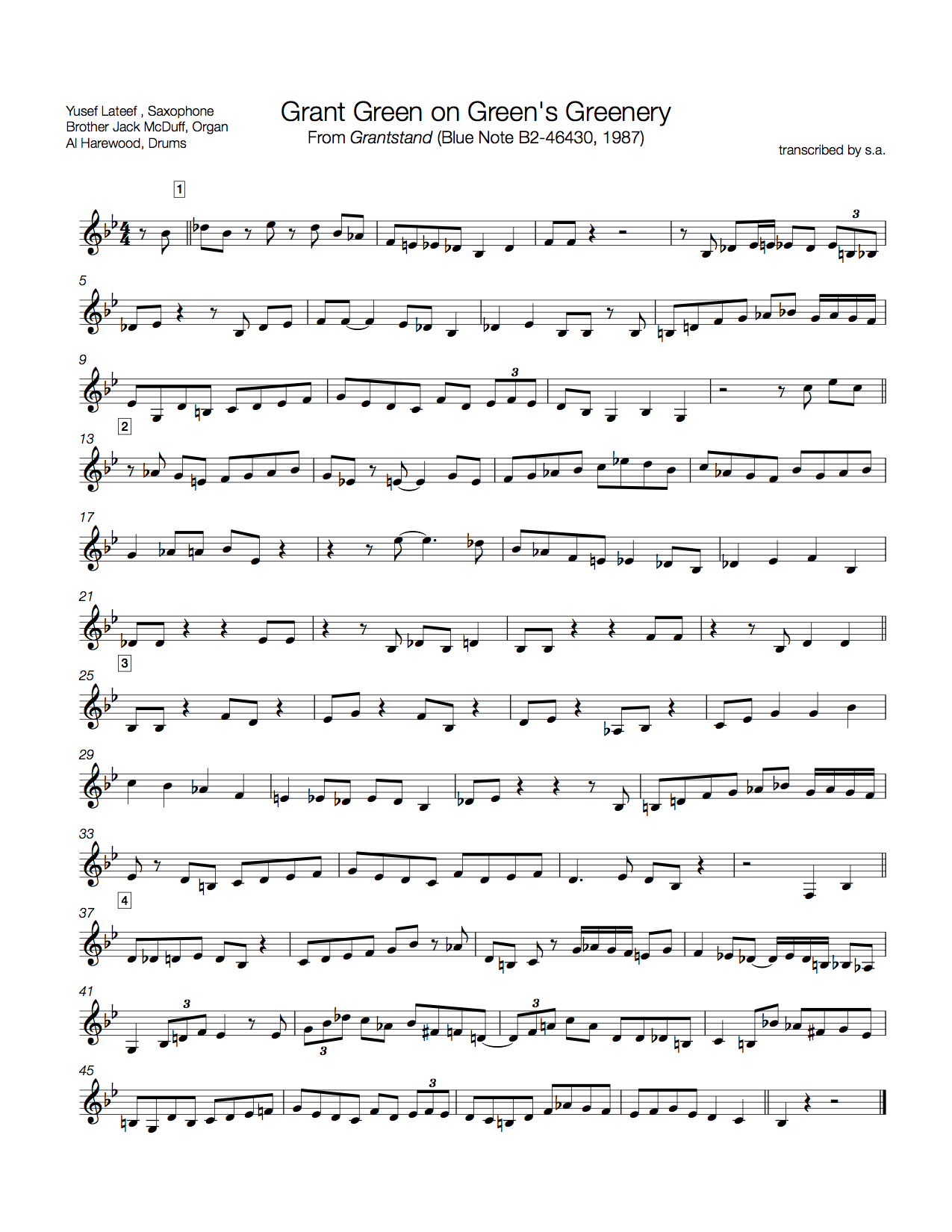